Hooke Lav is a wireless microphone that captures pro-grade sound with no wires, no dropouts and no hassle. The Bluetooth lav has 8GB of internal storage and connects to any device with the click of a button. This slick, minimalist microphone maximizes your freedom to record with no setup necessary! 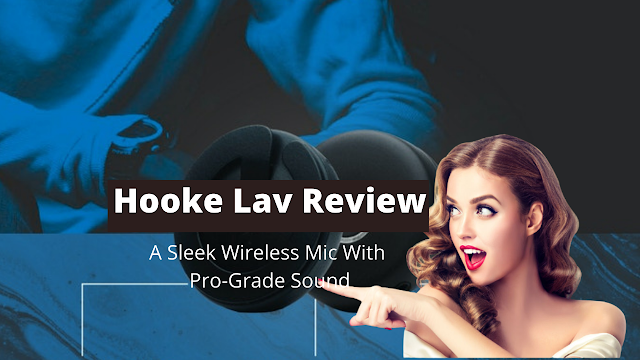 It’s the first truly wireless device to send high quality audio over Bluetooth at low latency. The stylish, clip-on gives you professional quality audio recording in the studio, on the go and out in the wild. It eliminates wind noise, cuts the cord and, thanks to its internal storage, picks up every second of audio even if Bluetooth cuts out.

Smartphone cameras have been upgraded year after year, but their mics still don’t measure up, leaving you with subpar sound on crystal-clear videos. The same goes for mics on DSLR cameras and laptops—the quality isn’t there!

The only way to improve sound quality is upgrading to a better microphone, but that often requires sizable funds, technical know-how and a learning curve. And on top of that, most “quality” lavalier microphones on the market have messy cords or bulky design.

With Hooke Lav, you can skip the confusion and opt for an affordable pro-quality mic that operates with one click!

Hooke Audio is no stranger to success in the sound engineering world. In 2014, founder Anthony Mattana had a wildly successful Kickstarter launch of Hooke Verse that raised $163,166 with 1,385 backers.

Hooke Verse headphones were flawlessly delivered to backers in 2017, and since then, Hooke Audio hasn’t stopped revolutionizing the world of mobile Bluetooth sound

Before Hooke Audio, creators sacrificed sound quality for utility with Bluetooth speakers and headphones that were limited to sending mono audio (3kHz – 5kHz). The only way to upgrade to stereo audio (20Hz – 20kHz) was using a more cumbersome setup with added weight and wires. Hooke saw this problem and built a custom codec that allows dual-channel streaming of high-quality audio to both Android and iOS at incredibly low latency.

Android and iOS are not (yet) natively set up to receive our proprietary Bluetooth recording codec, so we use our mobile app to make the handshake with our recording codec. The result is a fully stacked mobile app designed to change the way you record the world!

Hooke Lav has just one button that’s used for powering on/off, beginning/ending recording and pairing. Plus, it automatically turns off after 10 minutes of non-use to conserve battery life.

Cut the cord and slip on the smallest wearable mic that records wirelessly to any mobile device through Bluetooth 5.0. The stylish mic has 7 hours continuous recording battery life and takes less than an hour to fully charge.    Whether you need to be in the scene or on the scene, Hooke Lav ensures you get ridiculously crisp audio in one click.

Hooke Lav is equipped with 8GB of internal storage, backing-up every capture in real time, so your audio is seamless even when Bluetooth is not.

When a recording begins, the audio is sent to the phone or device over Bluetooth in real time, while an identical file is being written to internal storage. When a recording ends, Hooke Lav merges both audio files together for a pristine, dropout free recording.

Hooke Lav uses digital, omnidirectional microphones to capture the highest-quality, noise-free sound in both the loudest and quietest environments. When you play it back, it sounds like the audio is happening right in front of you. With Hooke Lav, you don’t have to be a sound engineer to access high-quality audio equipment!

Hooke Audio app for iOS and Android is the only app on the market that lets a device stream rich, dual channel, high quality audio (20Hz – 20 kHz) over Bluetooth to Android and iOS with no latency.

The Hooke Audio app also doubles as a field recorder. Put your device in your pocket and record audio on the fly! Share your videos and sound recordings via email, social media and text message straight from the app. No special speakers or algorithms required.

Hooke Lav was created to capture audio to your mobile device, but we know sometimes things don’t go as planned. And that’s why we created Island Mode.

Island Mode lets you record hands-free, without connecting to a phone or camera. You can “unplug” from the world and still record your thoughts, songs and sounds with just a clip and a click! Hooke Lav stores the capture onboard until you’re able to connect and upload to a mobile device.

You don’t do everything on a mobile device. That’s why we created Receiver Mode, allowing one LAV to receive audio from the other and transmit it directly into the audio jack of any camera. Syncing your sound directly to picture.

Receiver Mode requires 2 lavs and allows you to override the internal microphone on your phone/camera/computer and record with Hooke Lav. Lav A connects wirelessly to Lav B and B pumps audio into the phone lightning port/Micro USB slot via a 3.5mm cable.

Use one LAV to record alone in Solo Mode or pair with a second for 2-channel input in Duet Mode.

Duet Mode is perfect for interviews, podcasts and more. Place Hooke Lav mics on two different interviewees and record their vocals respectively, and both recordings will transmit to the smartphone in real-time, mixed together with the video automatically

Whether you’re vlogging on a busy street, recording a podcast in your basement or meeting in Zoom, Hooke Lav gives you freedom to move and still be perfectly heard.

If a device is meant to be worn, it should look like it. Hooke Lav was designed with intention to be discreet, lightweight, and honestly, a little sexy. Brushed steel, secure clip, durable makeup...what’s not to LAV

In a world where content is king, your sound matters more than ever. Your creations should be more than “played back” or heard. They should be felt and experienced!

Hooke Lav gives you the power to capture vivid, studio-grade sound over Bluetooth without breaking the bank. No expensive wires and equipment to set up, just a clip-on mic and app download and you’re ready to record on your favorite devices.

Technological advances in photo and video have enabled us to record our lives vividly through filters and advances in image processing. But what about sound? Poor quality audio means that only half of the story is being told. It’s time to enable our smartphones to record audio like we actually hear it.

Hooke Audio was founded in 2014 by Anthony Mattana, who started his career in sound as a theatrical sound designer and composer. Cited by Live Design Magazine as “Young Designer to Watch,” Mattana is a professional at telling stories through sound in both large and small-scale productions. At the tender age of 25, determined to bring the professional audio tools he had access to in the theatre to smartphones, he invented Hooke Audio, a recording platform designed to change the way we record the world.

Our team is made up of designers, engineers and artists with 20+ years experience in sales, marketing, audio, software and hardware. Our Board of Advisors has 30+ years in music, sound, tech and investing, as well.

See Also : How to start guest blogging for free today?

Mission of LTR magazine
Short Term: Get into the list of tech Review Websites- tech crunch, Cnet, The Verge, Wire, TechRadar, and other. Long Term: to let our reader write their own tech Reviews about latest technology & trends. Our long term mission is to become a platform where people can read & write reviews of newest Gadgets and their technology.
Website for free Guest Blogging and Digital Marketing
Competitive website for tech Reviews & Blogging
A source of genuine reviews by people itself
Contact Us, we are happy to be contacted :D.
Technology : It has never ending list and if you thing Artificial Intelligence would be the next biggest technology then wait for some time. And you will be amazed by some other technology that could beat AI. This is the reason for choosing a niche like “latest technology and their reviews”.
Writing Reviews about technology and trends gives us immense joy and we see people also enjoy it. So lets make a better platform where anyone can write tech Reviews about technology for free.

So this is “Everything about LTR magazine” and if you want to know more about their blog or marketing tricks, feel free to visit- Facebook page. 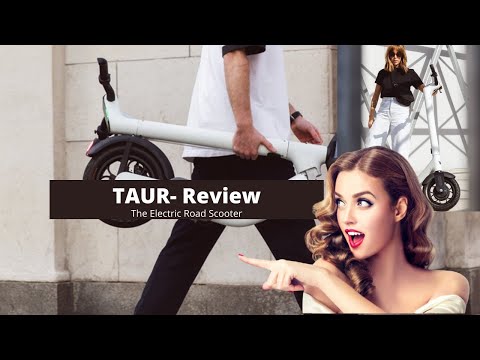